You are here: Home / Doncaster Dad inspired to pen a children’s book about bereavement – helping his own loss

Richard (Ric) Hart was brought up in Doncaster from the age of 18 months. He went to Macaulay Catholic High School and was there when he met Jade Hazelgrave on a night out in Wakefield. Still 18, she was his ‘childhood sweetheart’. It was Valentine’s weekend in 2002 when they met, and they would travel on the bus regularly to see each other.

But Jade died in 2018 at the age of 33 just after giving birth to her first child, Hugo. Jade and Ric had married at a romantic location in Thailand in 2015; the couple settled in Misterton, north Nottinghamshire, but Jade’s family still live in Wakefield and Jade is laid to rest in the county.

So, when the country went into the first Coronavirus lockdown in March 2020, it would have been easy for Ric to sink into depression. Instead, he spent the time writing a book for Hugo – and other young children – about bereavement. Now the book has been published and is finding new readers as children and families come to terms with losing loved ones to Coronavirus.

Hugo and Daddy’s Night-time Adventures is written as a poem and linked by colourful illustrations to capture moments, memories, and feelings around the loss of Hugo’s mummy. It might just provide some help with a little one’s loss. Proceeds of the book go to Cruse, the bereavement care charity.

Ric is pictured with Hugo, presenting the first donation of over £1200 to Cruse last month (December).

Hugo and Daddy’s Night-time Adventures is in paperback, retails at £5.99, and is available from Amazon.

Ric has also donated copies to Misterton Library and to Misterton Primary School. Doncaster Council is to provide a copy of the book for each of its staffed libraries, and a copy for its school library service. The title has been sent to Notts County Council in the hope that it, too, will see the value of the book, particularly at this time of loss due to Coronavirus.

Ric is two and a half years into his journey as a single parent and widower and has found huge inspiration, peace, and acceptance of the loss of his wife by keeping her memory alive through the creation of his books.  And during the second lockdown, Ric has been working on a follow-on book, Hugo and Daddy’s Thailand Adventures. It will be published in early 2021 and will involve a link-up with a kids’ adventure charity, which will benefit from the proceeds.

Then, in February 2021, Ric will publish an autobiography of his life with Jade, Pupy Love. February is a special month: February 14 – Valentine’s Day – is when they met in 2002 and when, in 2018, Jade had her 20-week scan and they found she was expecting Hugo.

Another special project that Ric did in lockdown was on Jade’s website. It brings together images of Jade that so many have not seen for friends and family to share and come together. This also helped him with his own therapy, creating this in memory of Jade. Jade’s website: www.jadehartpupylove.co.uk 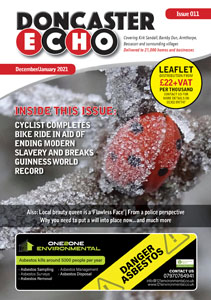