Detectives in Doncaster have released CCTV image of a man they want to speak to in connection to a town centre sexual assault.

Following a detailed investigation, officers have released an image of a man who they believe could hold vital information about the rape. At around 4.15am on Saturday 8 September 2018, it was reported that a man in his 20s was raped while walking through Doncaster town centre.

The victim was walking along East Laith Gate, when he was approached by an unknown man.

They are believed to have walked together, when they took a short cut through a car park leading onto Hallgate.

The unknown man raped the victim before walking away in the direction of Hallgate. The offender is described as black, of slim build with short Afro-style hair.

Officers have followed a number of lines of enquiry and are now keen to speak to the man pictured in the CCTV, or anyone who recognises him. 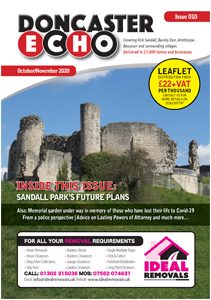 Family return to Bassetlaw Hospital to say thank you to staff